An audiogram is a test that shows the sounds a person can hear at different frequencies and intensities. Both the right and left ears are tested. The test results are displayed in a graph. The frequencies are marked along the horizontal axis from low frequency to high frequency. The sound intensity is marked on the vertical axis from soft to loud on a decibel log scale. The closer the marks are to the top of the graph, the better the hearing.

The most important frequencies for hearing are located between 250 to 2000 Hz. Sometimes a high frequency hearing loss may result in “ringing in the ears” or tinnitus. 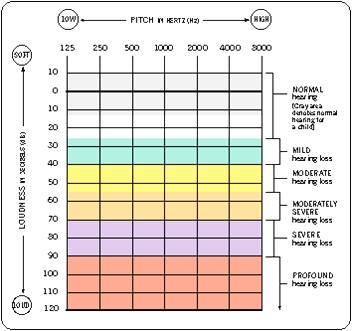 During a hearing test, sounds are presented to the ears in different ways. Testing can be performed with insert earphones, headphones, or loudspeakers. The sounds go into the ear canal, through the middle ear to reach the inner ear. This is known as air conduction testing. Air conduction testing looks at how the whole hearing system responds to sound.

The audiogram is often performed in an audio booth, which is fabricated to reduce outside sound. 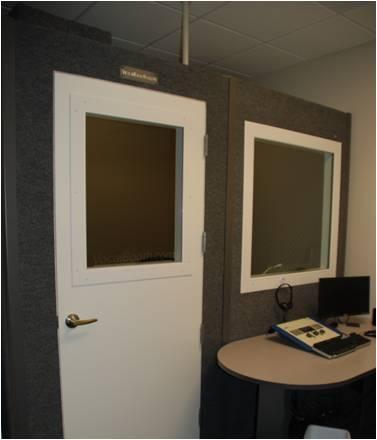